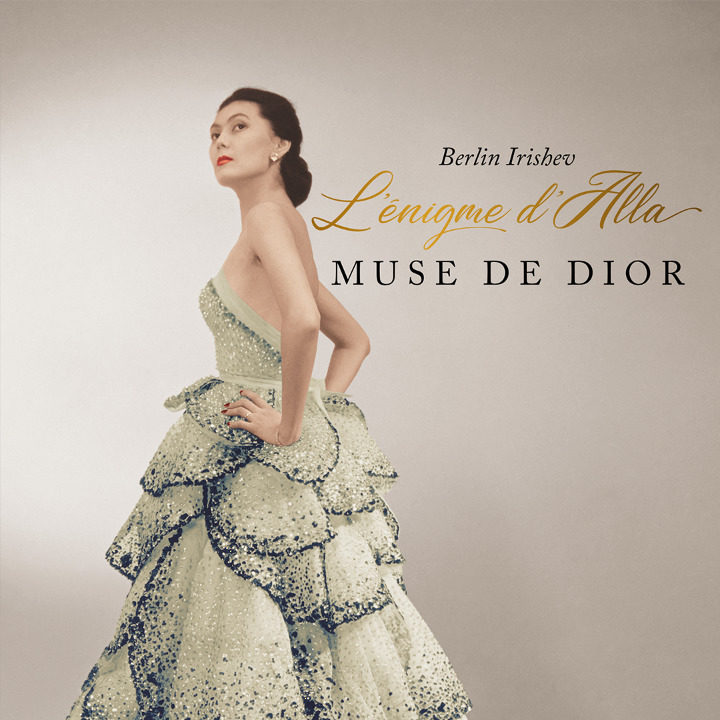 Back in 2017, when Dior House was celebrating its 70th anniversary, Emmanuel Bosc has published an article in L’Officiel magazine entitled “Who were the Muses of Christian Dior?”

“They were Alla, Laki, Praline, Tania, Rénée. They were amongst others whom Christian Dior called his fairies – his models-mascots and eternal muses. First one, Alla Ilchun, had promininent cheekbones, magnificent smile and cat eyes highlighted with eyeliner. Her unconventional, half Slavic and half Asian traits were due to her Russian mother and Kazakh father. When she came in to replace another model, designer immediately hired her for her ability to catch people’s attention… Inscrutable, she was well-known in Paris for her dog with which they were inseparable, she had been working for more than two decades in Dior having charmed not only Christian Dior but his successors with her “reserved and composed” runway walk.”

“Alla belongs to the category of natural born models”, – that is what Christian Dior was telling about Alla, and only about her. A model has to be majestic, always a bit mysterious – she should “captivate”. This artistic expression about “participation effect” being used no matter how, now finally it makes sense. I’ve decided to hire Alla thanks to this “effect” – was he recalling in his memoirs.

Frédéric Mitterrand in his documentary “Christian Dior, La France” notes that “Alla is the pioneer in the head of Asian models”. “In beehive she is the Queen bee… She does not talk much, but speaks all the languages. She is discreet, mysterious, composed – and a good friend, if you are not looking for trouble…”

Nevertheless, many questions as how she got in Dior House and in France? Did she have a family? What was her life after runway? When she passed away? Where is her grave? Does she have any successors ? were still open. Thirty years later, Alla was still a mystery.

Dior House has supported to publish the recollections of three models, but this was never the case for Alla. Hence, the real story of this famous lady – Dior House Ambassador – was unknown to public.

In the same time, there was something more significant behind this unknown Alla’s destiny: wisdom and insightfulness of Dior who invited a Chinese girl from Shanghai to walk the Haute couture runways.

The story of our researches and investigation has started in a rather unexpected way. On a summer day in 2018 in Parc Monceau there was an exhibition/sale of antiques, including paintings. Simply strolling through the aisles of paintings, I had no intention to buy anything. At that moment I felt someone’s watching me. It was a piercing gaze of this Stranger lady in the painting. I was wondering if it was Alla Ilchun, the one that L’Officiel was talking about. Can it be possible? But the vendor did not who exactly was the woman from the portrait. The painting was called “In the cloakroom”. The more I was looking into the painting, the more I wanted to purchase the portrait. The deal went through. At the moment when I was buying this rare depiction, I had no idea what would be the continuation of this story. 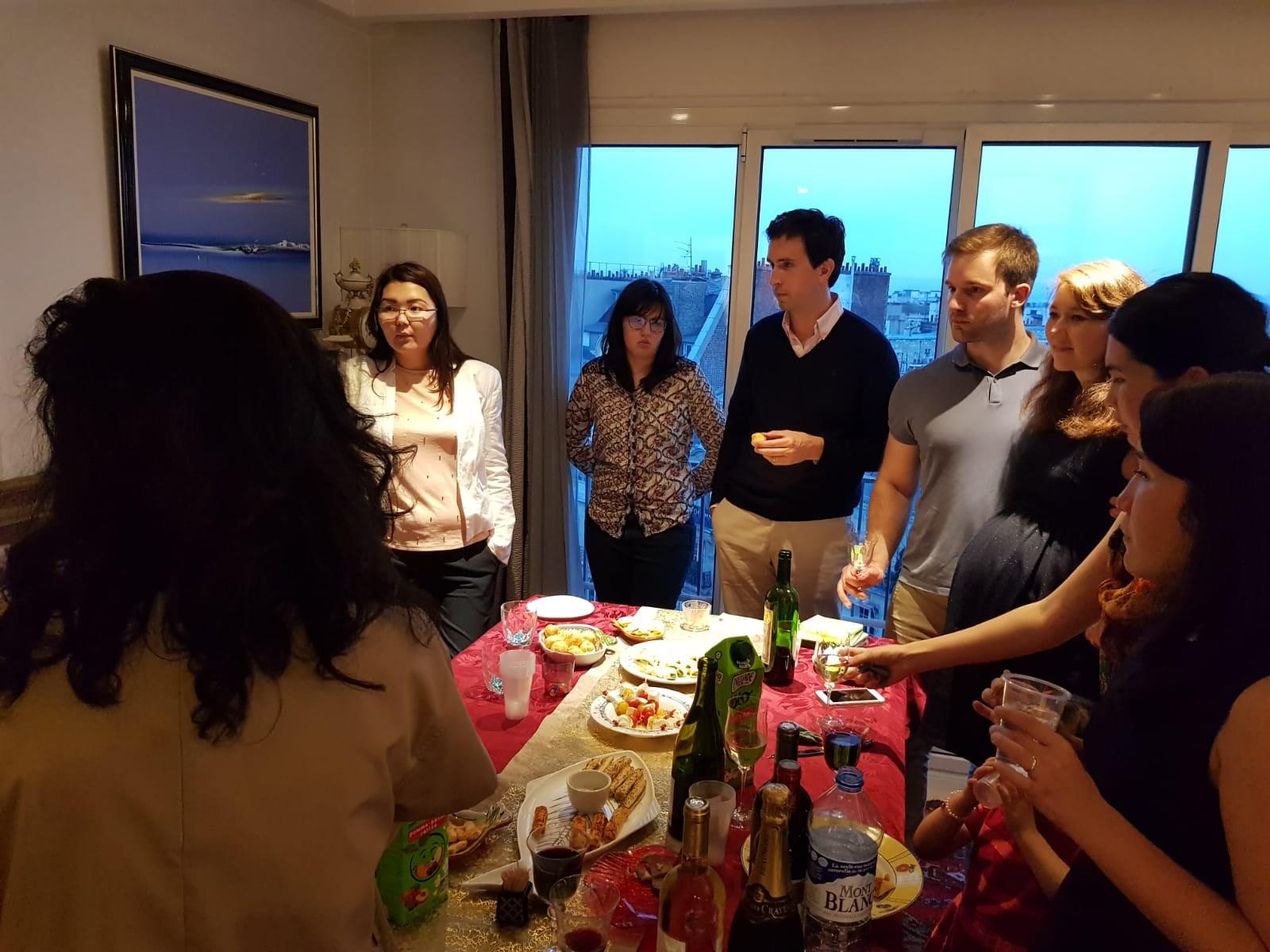 Today, after three years of hard work, we can proudly announce: we have solved the mystery of Alla and answered almost all the questions related to her sophisticated life. This has become possible thanks to my colleagues from AKF and numerous activists from different countries, and especially thanks to the support of “Dior Heritage” staff from Dior House. We are also deeply grateful to all people who have shared their recollections about Alla.

Alla’s mystery is discovered in our documentary (in Russian) “Alla – oriental pearl of Dior” created in 2020 in association with Parlink, which has a short narrative in French as well.

This film has received six awards at different international film festivals for the Best Documentary.

The scenario was based on three books published in Kazakhstan, Russia and France..

Alla’s character and incredible destiny continue to inspire creative individuals with different backgrounds. The ballet rehearsals are currently on-going in Astana Ballet Theater. The premiere is forecasted for the beginning of December.

Filmmakers from Kazakhstan also show interest in incredible story of Alla. However, we hold back on it as we apprehend that such Haute couture in cinema can only be represented within Dior’s homeland – France, where Alla was discovered by Couturier and where her story developed.

By reviving the name of famous model, Dior House Ambassador, we pay tribute to the far-sightedness of the iconic fashion designer. Today, China and Russia are the key strategic markets for LVMH. These countries represent main marketing targets for Christian Dior brand and the Holding as a whole.

Dior’s insightfulness and Alla Ilchun – his eternal muse’s talent deserve all the limelight.

This is why we launch this website – https://allailchun.com – so the results of our unique research can be available all over the globe.

President of Association of Kazakhstanis in France (AKF),

Author of books on revival of incredible destiny of Alla – Muse of DIOR, producer of the documentary film